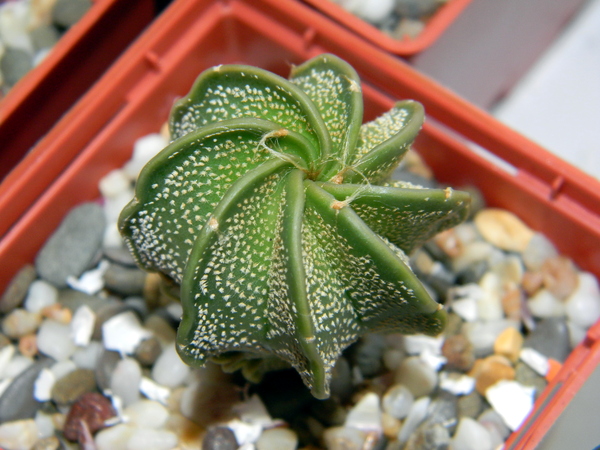 If it helped with baldness, there would be one less pressing problem for mankind. But it doesn’t. But the cactus, which I was used to seeing bald, suddenly had a luxurious head of hair.

Why all of a sudden? Because I bought it at a Cactus Club show back in 2002 or 2004, and it lived unprotected until 2015. As is characteristic of goat astrophythums when he was a year old (or so), he looked like a pretty star, but it was too early to talk about prickles. We didn’t talk about it for 10 years until one day, in the comments on the photo, a knowledgeable person was surprised by its too small size for such an age and noticed that according to its name, it should have a lot of prickles!

I would have doubted the correctness of the name, but there were no other astrophytums in the collection, and in the records of those years I would not have thought to make up anything of myself in Latin. One day it was time for the great transplant. And it came at a time when I first saw in the store substrate with leaf soil and brick crumbs, not another peat soil with the proud name “Cactus”. In a very short time I noticed that the cactus had the first prickles, and within a year it had already grown a lot and increased in size.

By the way, if the cactus has not replanted for a long time and do not plan yet, you can sprinkle it with eggshells for more beautiful and powerful prickles.

Of course, the change of soil affected all the cacti in the collection, but astrophytum capricorne surpassed them thanks to this amazing metamorphosis. Judge for yourself. 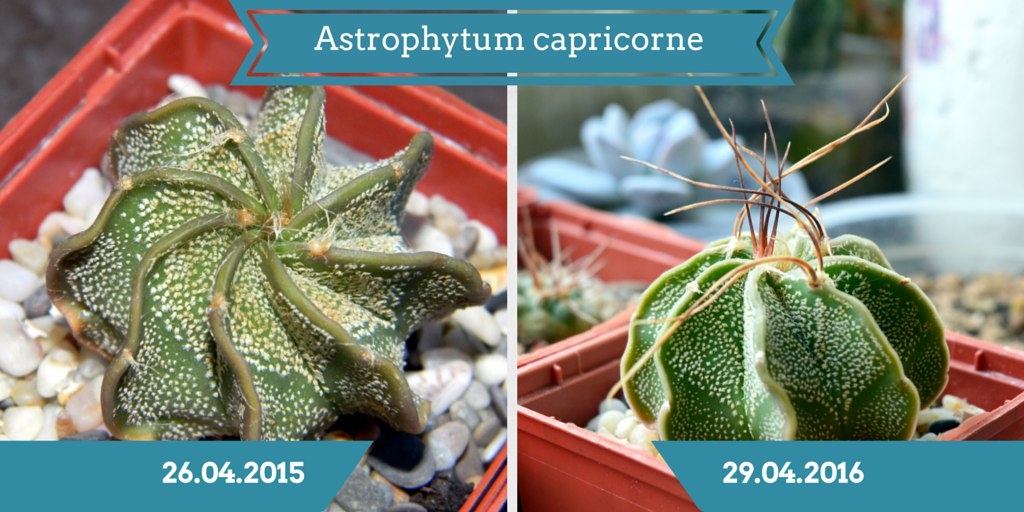