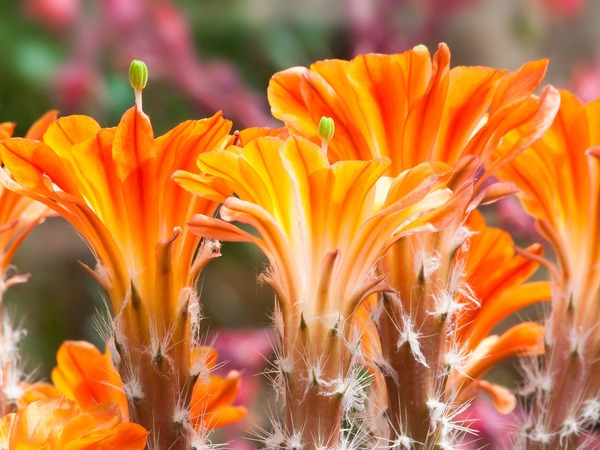 Many succulents amaze the imagination with their unusual beauty, but perhaps none of them blooms as spectacularly as Echinopsis. These cacti native to South America impress both by the size of the flowers themselves, which open at night and live only one day, and by the delightful coloration of the petals.

Photographer and cactus enthusiast Greg Krechel created a truly hypnotic video of flowers blooming on different varieties of echinopsis. The camera filmed each one at specific intervals for eight hours, after which the footage was merged.