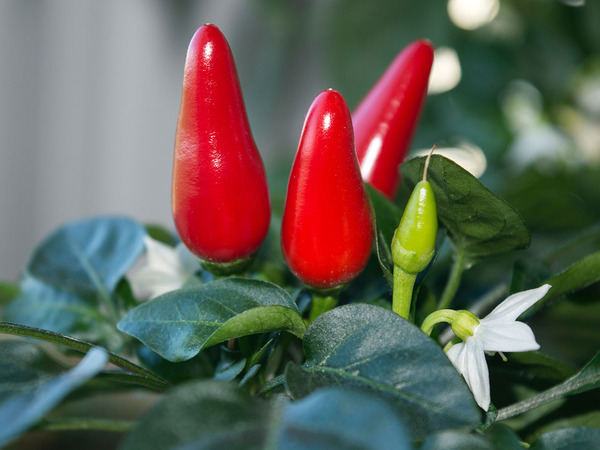 Last summer, while browsing through an assortment of online seed store, I came across a compact variety with beautiful fruits. The manufacturer clearly indicated that it was intended to be grown in the room, and promised a bush height of no more than 20-25 cm and a crown diameter of about 20-30 cm. Being the smartest, I neglected the rules of agrotechnics – and this is what I got out of it.

Before describing my experience, I should qualify: I planted peppers primarily for beauty on the windowsill, not for eating. The timing and abundance of fruiting were not important, and I did not take any action to get the harvest as soon as possible. It was just another houseplant.

One packet in August 2016 cost me 59 rubles. It contains 13 seeds, packed in a paper bag – all like the vast majority of manufacturers. I think for the average fan of experiments on the windowsill this amount is more than enough.

It was December, I had no one to share the seedlings with, so I planted only one seed in universal peat soil in a plastic cup of 100 ml. It germinated without any problems within the standard 7-14 days for hot peppers. A year later, in September 2017, I shared the rest of the seeds – out of 5 pieces germinated 2, they grow much faster than it was for me.

The development of my seedling was rather slow, but there were reasons for that: I did not use artificial light, it was just on the window of southern orientation. In addition, it was affected by the miniaturization of the variety – by March at the age of 3 months the height of the pepper did not exceed 2.5 cm, which was certainly a good thing. I’m sure that under more suitable conditions, the plant would have developed much faster – in the recommendations for care on the package of seeds, the manufacturer states that during the winter season, additional lighting is needed. 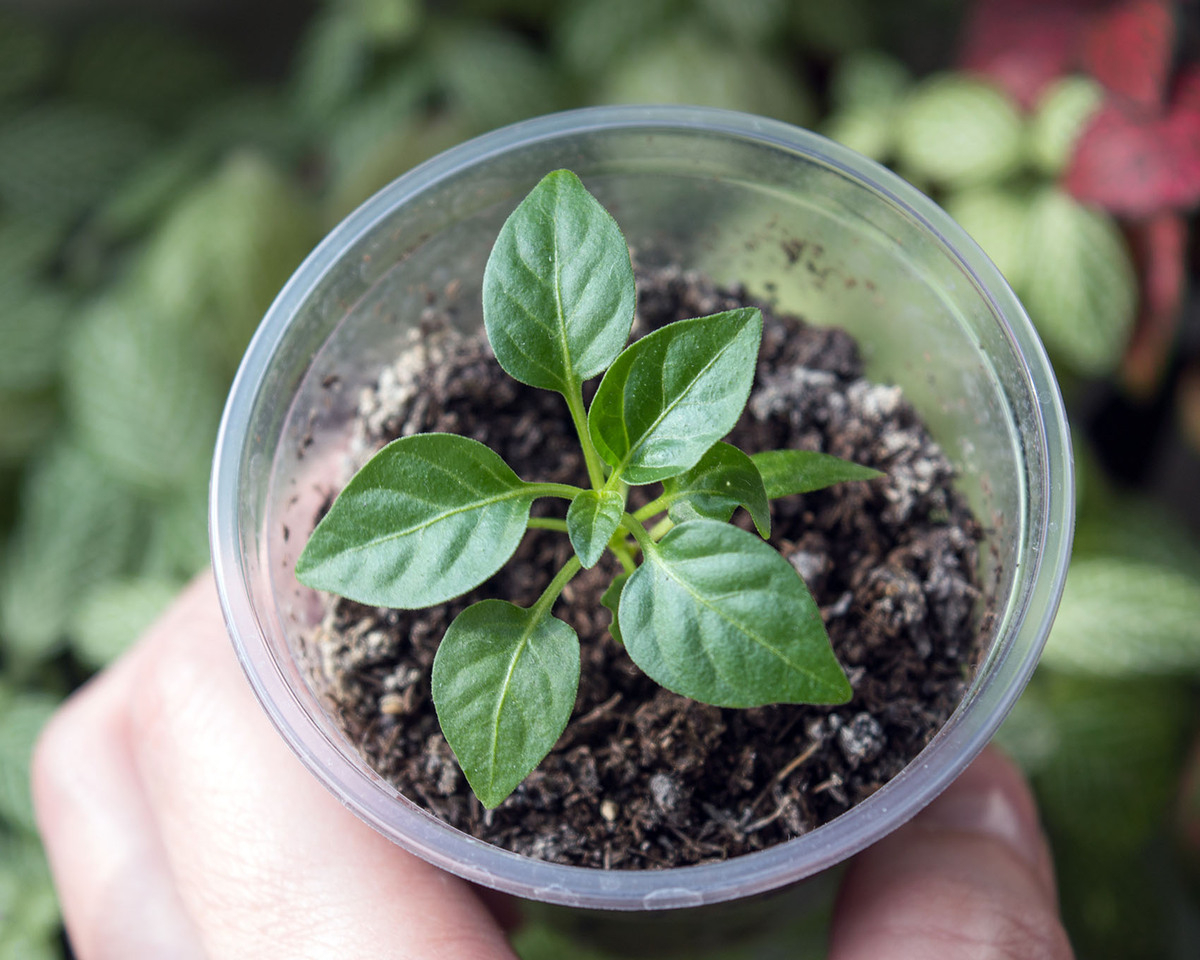 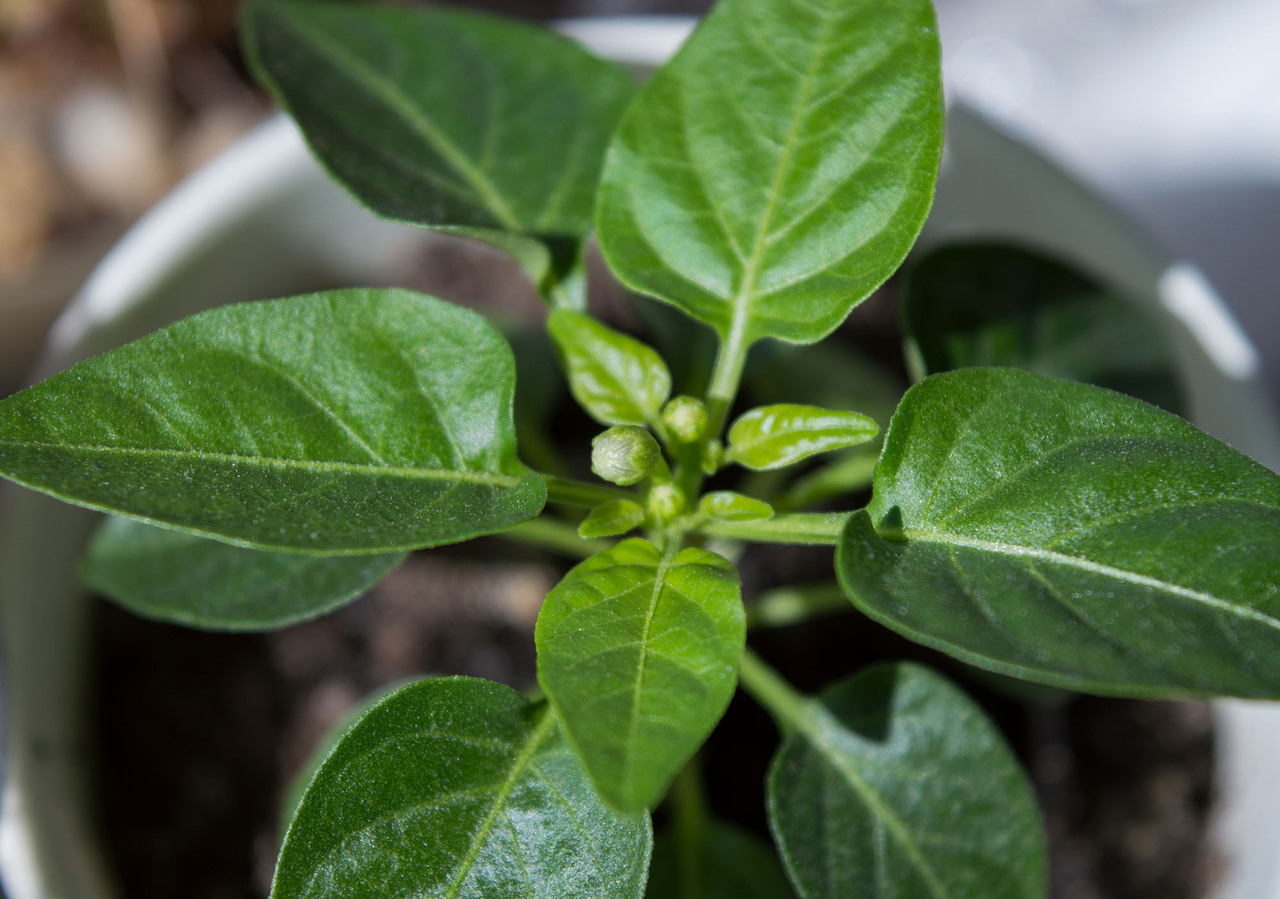 The beginning of blooming

The first buds appeared at the end of April – the pepper was 5 months old, and it was already growing in a 200 ml cup. It did not grow much and reached 8 cm. With the advent of spring and the increase in daylight hours, there was no significant change in the size of internodes and leaves – the growth accelerated somewhat, which is logical, but the pepper retained its neat miniature shape.

The first fruits were set by mid-May – pollination occurred without my involvement and was successful every time: if the flowers turned out to be dropped, the ovary was certainly there. At about the same time, I transplanted the bush into a 500 ml plastic cup.

The manufacturer calls the variety early-ripening – from planting seedlings to technical ripeness should pass 42-44 days. Of course, in my case this was not the case, and I can not objectively judge the fairness of the stated terms. Two of the three pods, which were set in mid-May, turned red in early July, that is, in a month and a half.

A total of 5 pods turned out, the sixth is still maturing. The size of the fruit in relation to the size of the plant is not small – up to 4 cm. The flesh is juicy, there are a lot of seeds – I disemboweled one pod and counted 34 pieces. It’s hard to judge about the pungency, because the value on the Scoville scale is not indicated on the package. To my senses, it is comparable to the widely popular Ogonyok pepper. 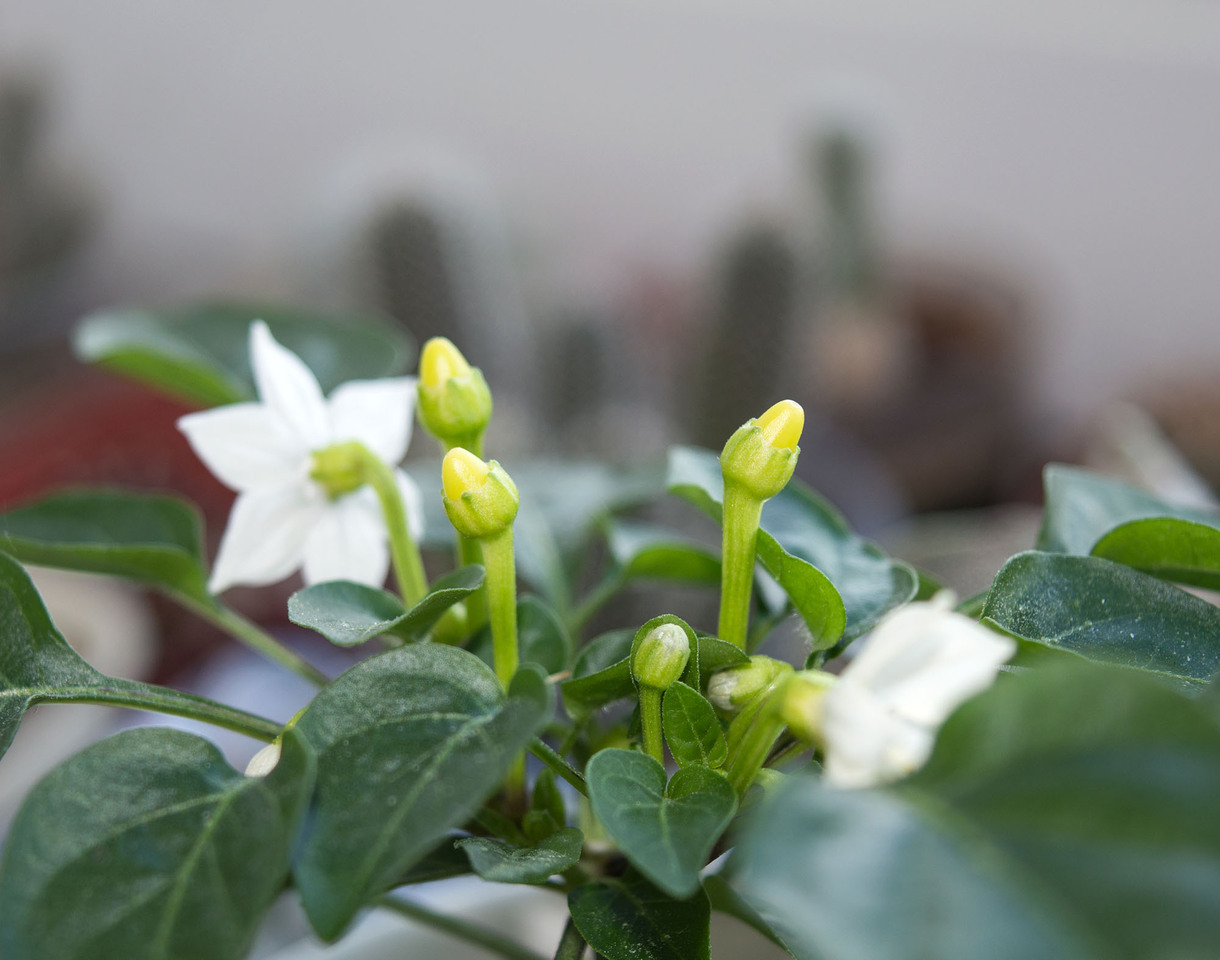 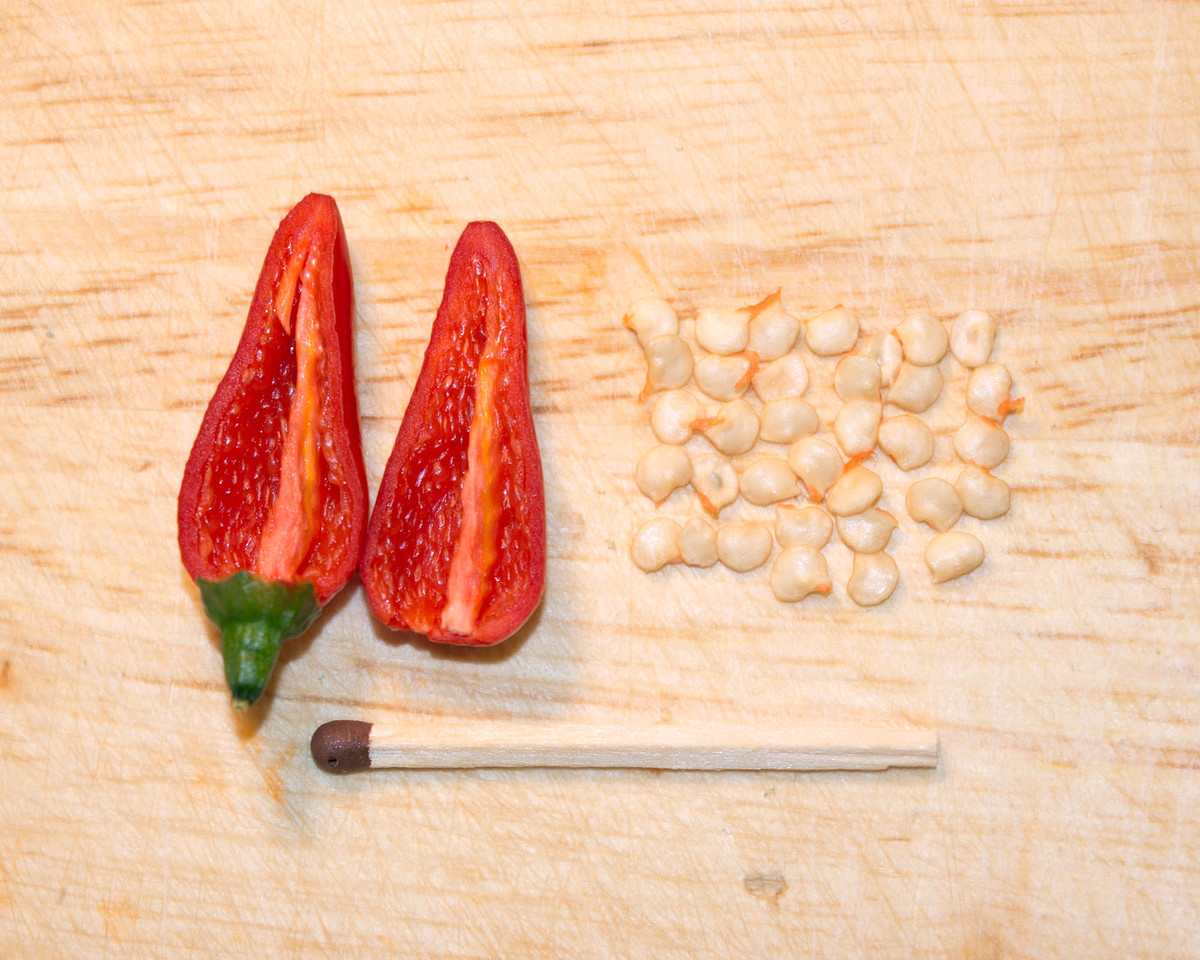 During all this time I did not apply any fertilizer. The only thing that was undertaken in this regard: 2 times I transplanted into a slightly larger container with nutritious soil and 3 times I sprinkled a small amount of coffee grounds on the surface of the ground to compensate for the negative effects of tap water (even with its filtration, the ground over time was covered with a white stain).

This is a case where the variety justifies itself not because of, but in spite of the prevailing conditions. It is possible that in a greenhouse or simply with regular fertilization, the yield will be much higher.

The description of the variety on the package emphasizes the decorative purpose. Yes, the fruits are suitable for eating, but growing vegetables on a windowsill in any case does not give the same results as in the country house. 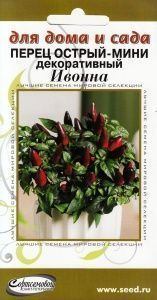 From an aesthetic point of view, I am more than satisfied with the variety. Very good little lush bush, which has not even reached the promised size – by the autumn its height was 9 cm and a diameter of about 14 cm. The fruits are simply magnificent: glossy, large, beautifully shaped, rich red color.

The only downside and inconsistency with the promises I can point out for sure: the shade of the pods is monochromatic, although on the seed packet the darker color at the tips gradually goes to a bright red.

I definitely recommend the Yvonne variety to those who are interested in growing peppers in the window for decorative purposes – it will decorate the interior and will not take up much space. Those who want a relatively solid crop at home might prefer Ognonek or Little Elf, but they are somewhat inferior in decorative qualities, in my opinion, and require more space.

This article uses a picture of the seed packet from the manufacturer’s website.