The evolution of corn over 9,000 years 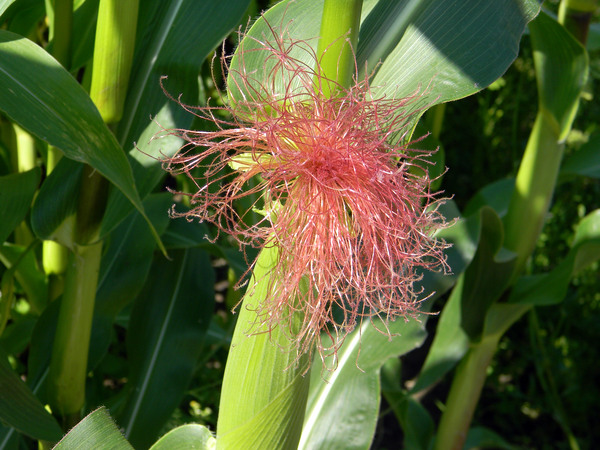 Scientists date the first human attempts at farming back to 9,250 B.C. Since then, from generation to generation, farmers have applied artificial selection to their crops, passing on the best results of their labors to their descendants.

These changes are difficult to visualize, but James Kennedy, a chemistry teacher from Australia, presented an infographic of the evolution of corn that will help provide some insight.

The history of corn: from inarticulate spikelets to juicy cobs

9,000 years ago it was a wild grass with spikelets called tesonite, not at all like large cobs with sweet kernels. For years, scientists could not determine its origin because there was nothing in the wild species that even remotely resembled it. Having seriously investigated the question, geneticists, botanists, and archaeologists finally determined that tesonite was related to corn at the DNA level.

Cultural cultivation of maize originated in Mesoamerica: the first farmers selected in the crop the largest and most tasty fruits in which the grains were extracted with the least effort. By the 4th millennium B.C., the cobs were already 2.5 cm long. A few thousand years later, they surpassed this figure several times over, and later hybridization was discovered, which greatly improved the qualities of cultivated plants.

Nowadays corn is grown all over the world, and humanity continues to try to make it even better. For example, in the 1980s seed companies turned their interest to genetic engineering to make corn immune to pests and eliminate pesticide treatments. In the near future, scientists plan to develop drought-resistant varieties.

#breeding #gardening #history #interesting #mint
Previous Post
How to make a terrarium with plants: 5 easy steps
Next Post
Spectacular and unpretentious plants for the terrarium