The first flowering of mammillaria prolifera 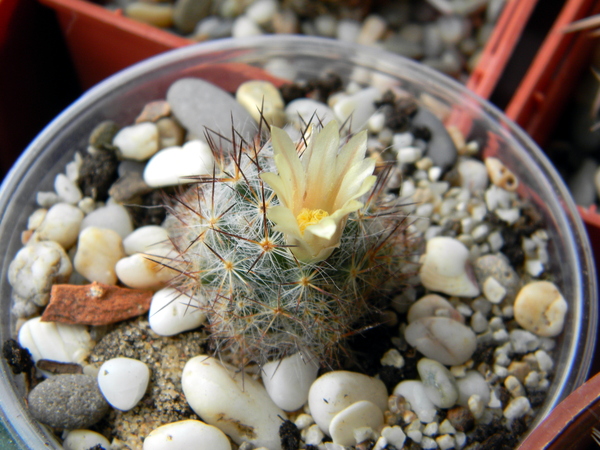 Last week this little cactus surprised me in an unexpected way. At a height of not more than one and a half centimeters, it suddenly decided to bloom. I planted it as an individual sprout last spring, and by this one it had already sprouted itself and produced three buds.

Mammillaria prolifera is considered to be a mongrel among cacti, it is often found in state institutions and on grandmothers’ windowsills next to violets. Ignorance in care of succulents, regular watering and penumbra are not afraid of it – it tolerates everything, and it can blossom just like that, without extra dancing with tambourine.

In Russian the name of the cactus is translated as Mammillaria shoots, which is very indicative: in a fairly short time, the low shoots cover the whole surface of the ground in the pot in a cap. And as a bonus – the ability to self-pollination, after which numerous yellowish flowers are replaced by bright red berries.